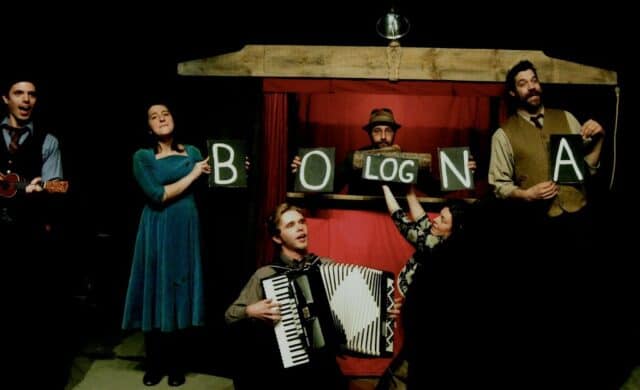 A wild spasm of hooey, hogwash and nonsense hosted by the great bologna, featuring the music of olden days played by a six piece gorilla brass band. Brought to you by the Old Reliable Amusement Company–Featuring members of Over A Cardboard Sea, Modern Times Theater and The Dolly Wagglers. On Tour for TWO WEEKS ONLY!

If you were unable to make it to one of our blisteringly entertaining live shows, here is what you missed:

Half a dozen hand made gorilla suits 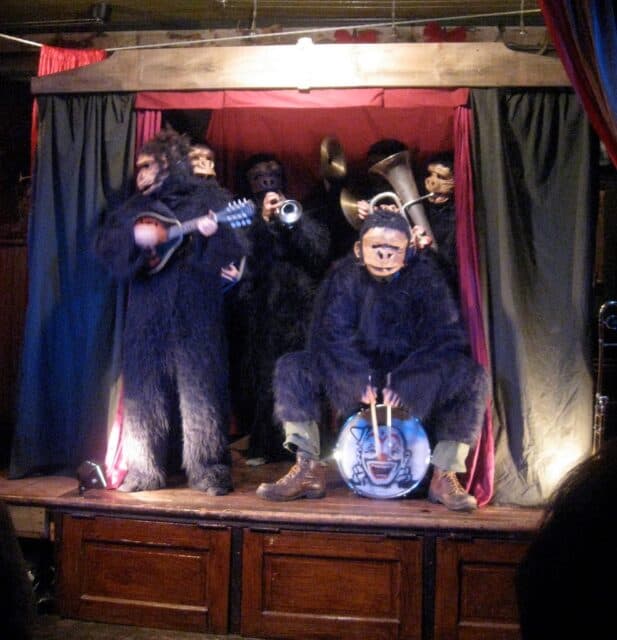 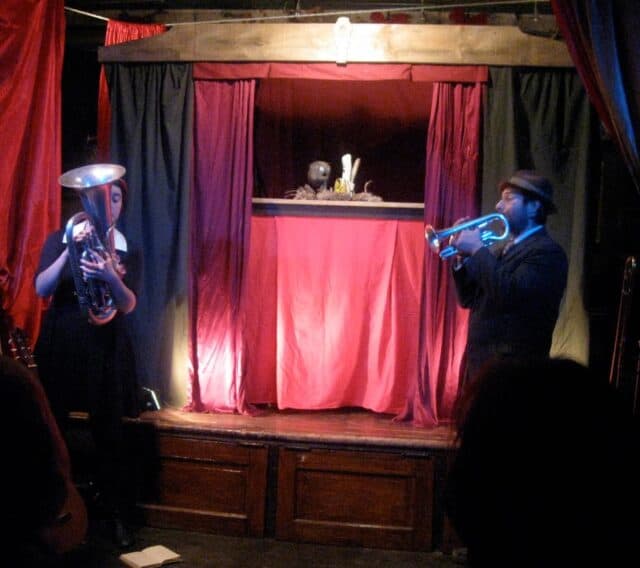 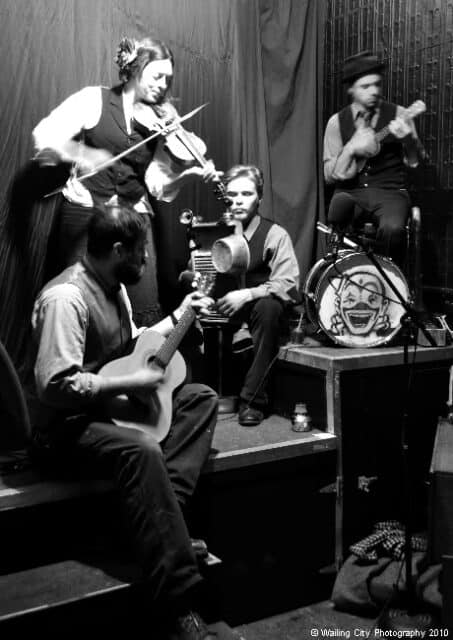 Justin Lander and Rose Friedman the duo who call themselves “Modern Times Theater” play some lovely duets on cornet and ukelele at Vincent’s in Worcester, one of our new favorite places 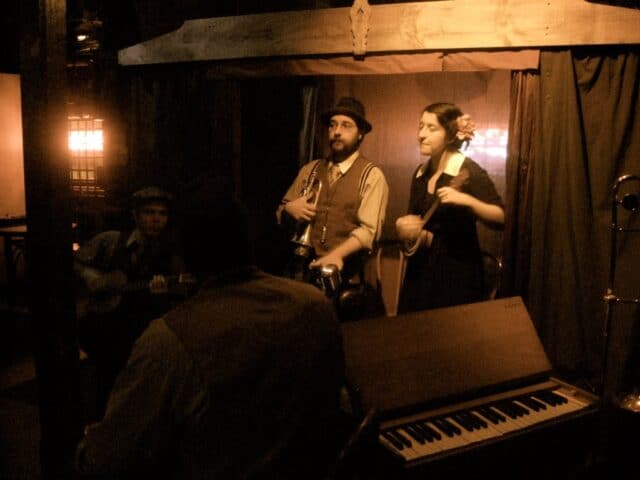 “Is that a tentacle?” Just one of the many moments of distress in our ham-fisted cardboard melodrama followed by a low-tech close up of the main characters. 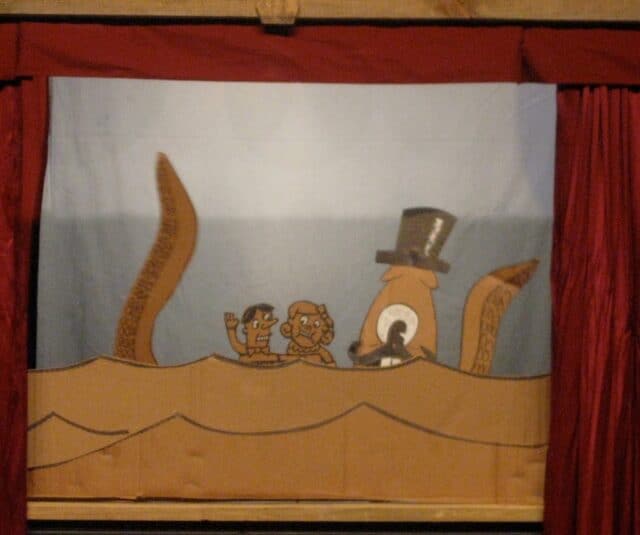 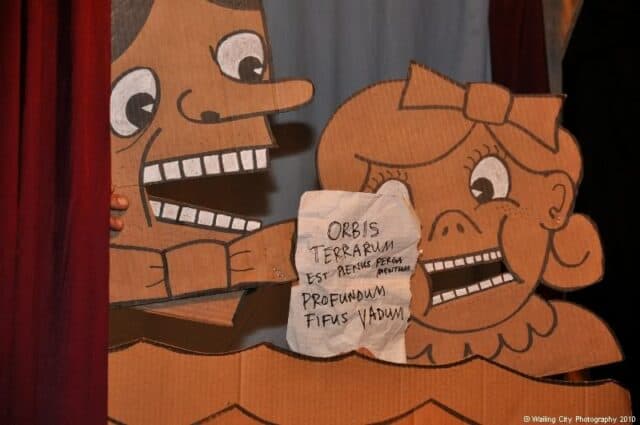 What?… “Surprise, Surprise You Haven’t Seen Everything Yet” Cranky Show narrated by Adam and Jimmy 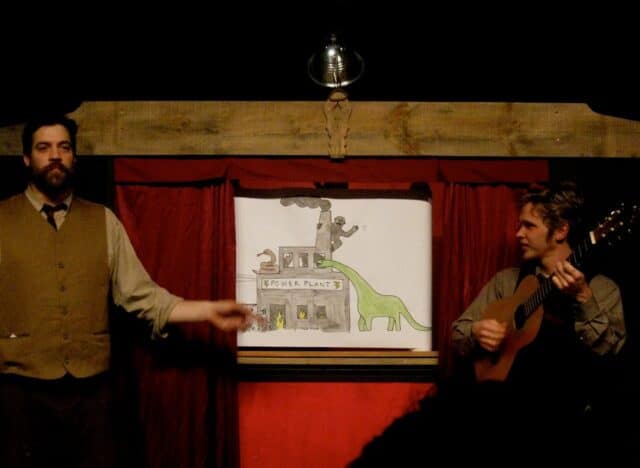 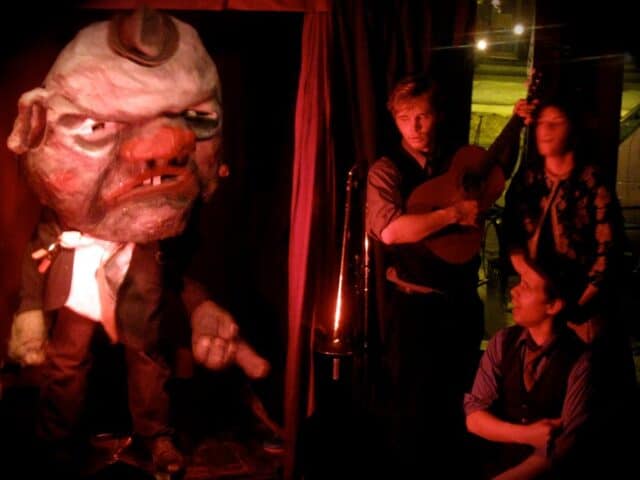 What could be more entertaining than singing, scatting bananas with a hairy coconut 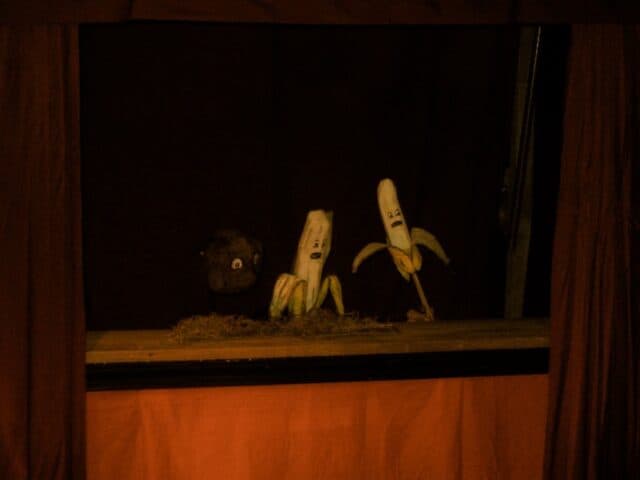 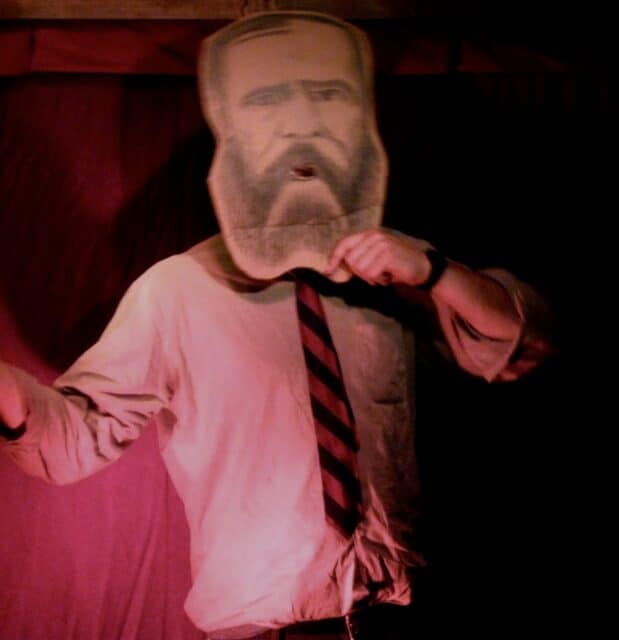 All the way from Dubuque, IA its Randy Clifton and his little doll, Hazel Darnell 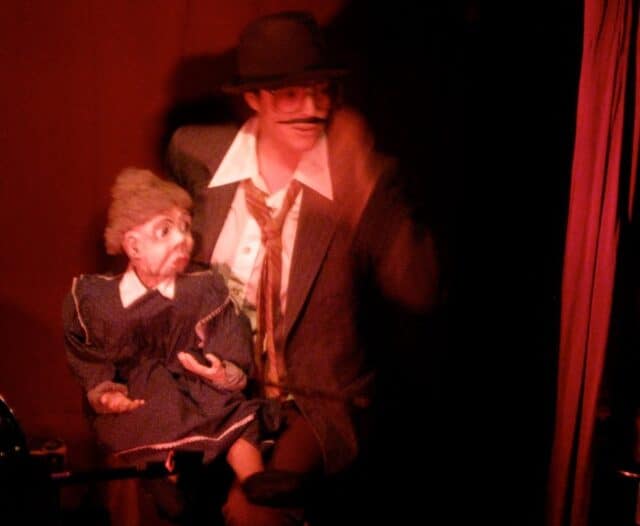 Some close ups thanks to Megan Killimade from New London, CT 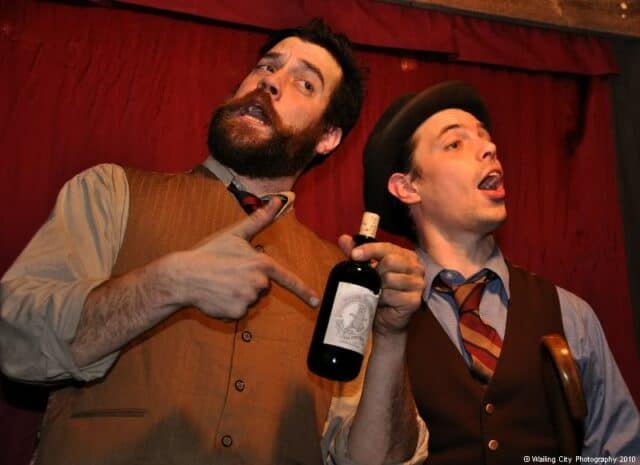 Every Bologna show needs a lounge act and this one is “pure class.” 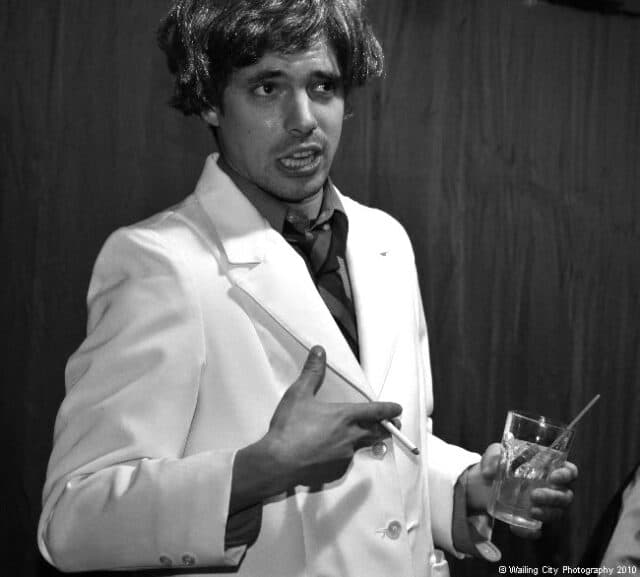 Thank you to everyone who hosted us and supported us by coming to our shows. We have never had so much fun. Stay in touch because the Bologna show may rear its fleshy pink face again in a town near you!