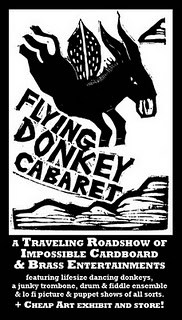 The Flying Donkey Cabaret was a two week puppet-waggling rampage that was built and debuted in Portland, ME and made its way to New Orleans, LA. We teamed up with Federica Collina and Jason Hicks. Here are pictures from the show: 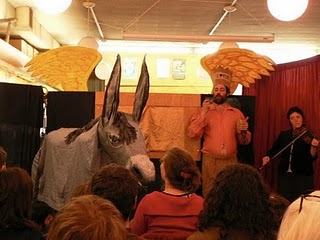 The King of Fun demands entertainment 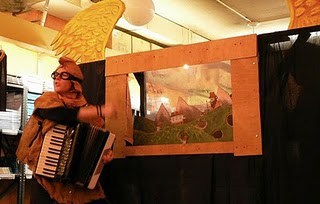 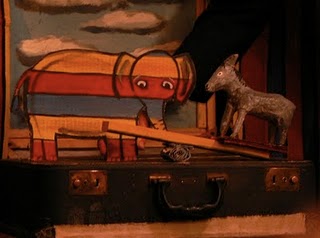 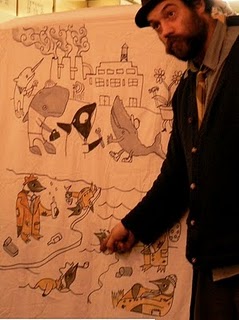 Adam performs “Uh Oh” a cantastoria based on a poem by Antler, a Milwaukee poet.

Other Shows from Portland, ME… Below is the talking gravy puppet from our November 2010 “Gravy Taste” event and a photo from the Over a Cardboard Sea show at the State Theater. 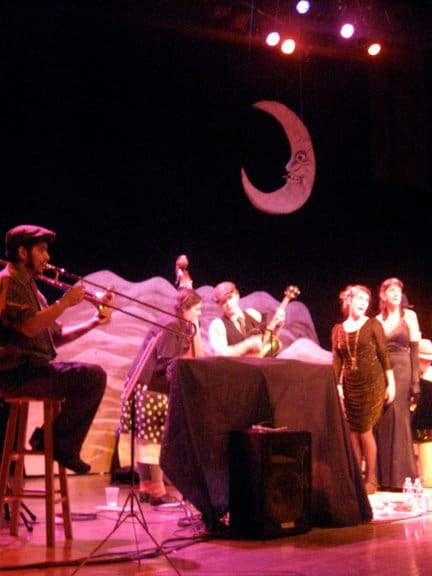